Perfection clouded by perception is how I can best describe the images I have been creating lately. I am talking about the broken mandala the twisted kalidescope. 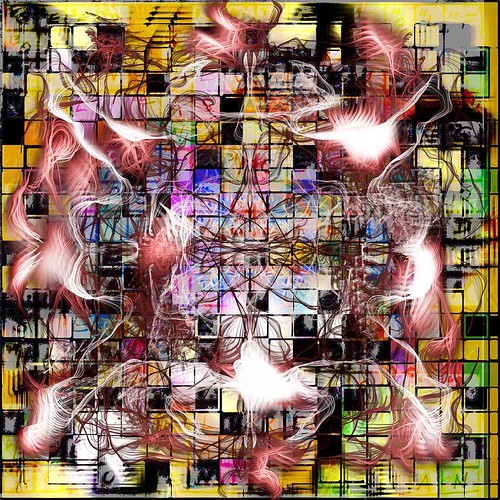 There is always something going on in the spontaneous creative output which isn’t immediately apparent. If it is apparent it can feel forced like a one note editorial or a political cartoon. The best stuff creeps up on me and reveals its content after the fact. I already decided if I can’t be famous i’ll settle for enlightenment and these images are an illustration of that practice. The flaws are perceived and believed while the core is whole and complete. The images are telling a story.

I am at the same time creating songs and video. The songs I am thinking about illustrate the same distance between the perfection and the perception. The videos are either broken mandala or process video. The process of creating or erasing the image I haven’t finished yet.

Where does it go?

I haven’t decided where I am going with this stuff and I think thats the best way. The last time I worked toward a goal I was very disappointed. Maybe this is a reaction to that disappointment I don’t know. The finished product gives me a stepping stone in some sort of river I seem to be crossing. I can see where I have been and have some stability to work from. I don’t know what it all means and I am far from expressing what I do understand but there you go. If I don’t at least try I have nothing to stand on to look around from.