I am finally settling in after a lovely trip to NYC. I got a chance to remember why I love that city and to lay claim to my living space. My studio is set up waiting for me with paint and coffee so I got right to work with no delay. I like to leave an unfinished piece on the wall giving me no excuses to get started, but the real fun began when, thanks to the Moriah Senior Center, I came in to possession of 20 yds of heavy vinyl. The vinyl offered a bit of resistance which I am not used to as I generally work on unfinished canvas but the drips and texture became a fertile ground for an exciting new painting. 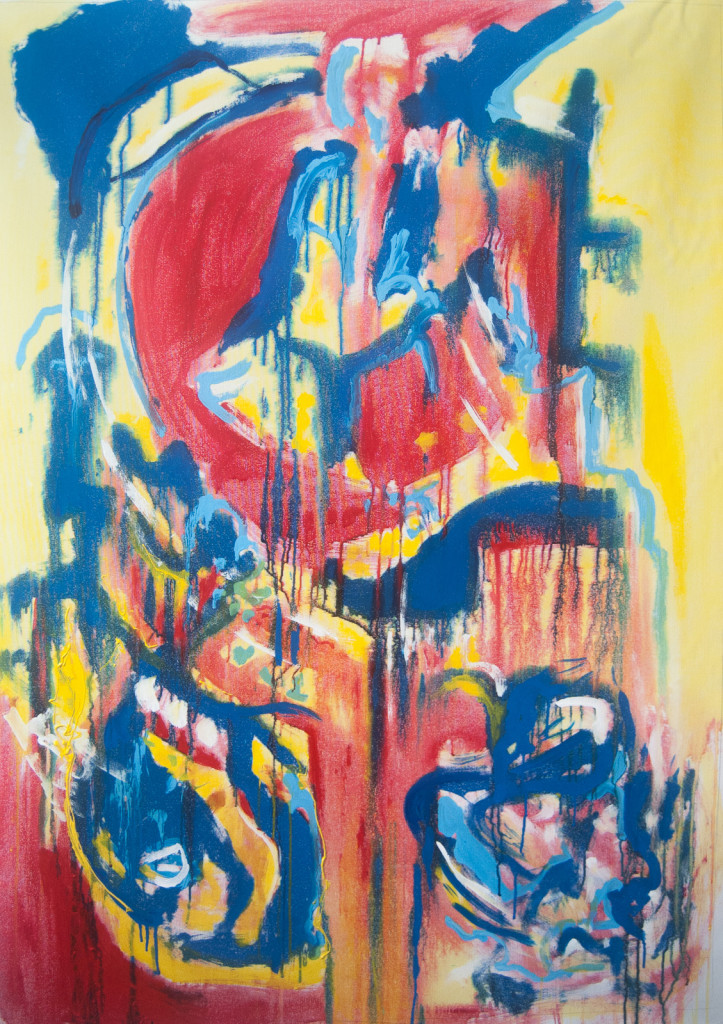 I ran in to my friend and art critic Brain Boucher and asked him to recommend some art I could catch within my short six-week visit. He pointed me to an exhibit by Sara Dwyer at Jane Lombard which gave me ideas. I never fail to get inspired by art, and it doesn’t hurt to see it displayed in luxurious surroundings. It can elevate it from a seemingly pointless space waster to an elemental necessity.

A trip to the New Museum on the Bowery to see Albert Oehlen‘s massive works was a lesson on the dichotomy that is New York City. Located next door to The Bowery Mission the museum is showing giant digitally created prints which Albert then tries to deny with action painting. It is far from his intention to create anything of lasting value yet here they are in a museum and being talked about and bought. The prices for artwork can leave me a bit uncomfortable and then to walk out and pass the dazed men outside the shelter it was undeniably crass and uncharitable. Such is the New York experience.

An early morning trip to the Met, (it’s best to get there at opening and experience the place before it gets overrun) was a highlight of my visit. I wanted to see the small Van Gogh exhibit which examined a series of four paintings he worked on consecutively near the end of his journey. Some of the paints he used have faded, and by examining paint found in the folds and under the frame the curators were able to show what the paintings must have looked like when they were painted. Van Gogh was very concerned about color relationships so to have his paintings displayed faded probably wouldn’t sit too well with him. 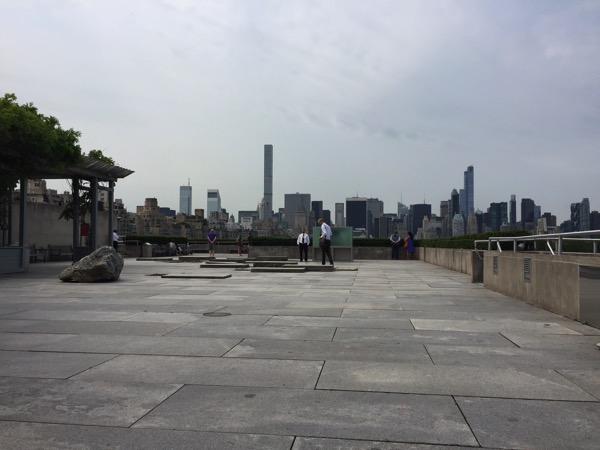 The rooftop was empty and had an interesting contemporary work by Pierre Huyghe consisting of a floating rock and some flooring removed, watered and allowed to grow weeds. I was more impressed by a the skyline over the trees of Central Park. Pierre did redeem himself later when I ran across a video he had created consisting of a domestically trained chimp in a dystopian setting wearing a human mask. Eerie.

The Cloisters is the medieval branch of The Metropolitan Museum and it just so happens to be in my neighborhood. In fact we walk the dog in Fort Tryon Park just about every day.  Being that it is so local (and they don’t want dogs in there) I don’t go often enough.  This time I was a tourist so I enjoyed a leisurely walk through the cool dark halls and spent some time lounging in the sunny gardens. 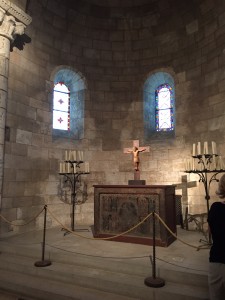 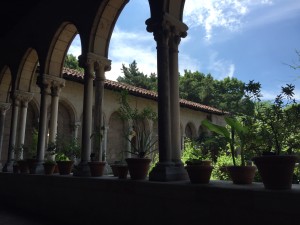 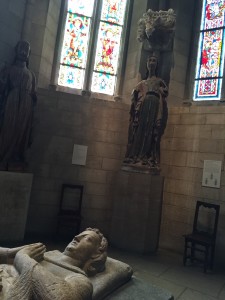 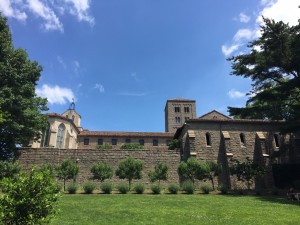 Still, no matter what the artist creates, the act is inspiring to me. I never fail to go home and make something new appear. I’ll leave with an unfinished work waiting for me in my New York Studio. 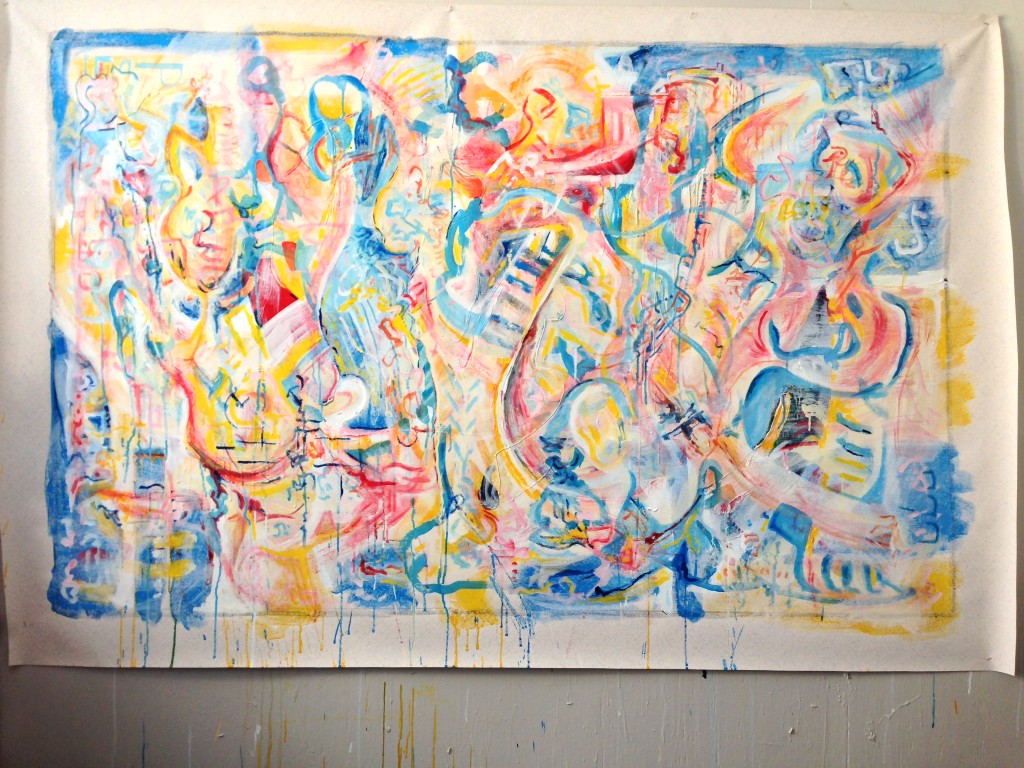